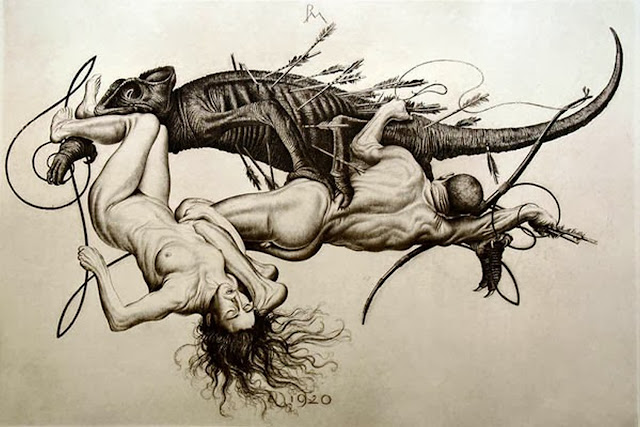 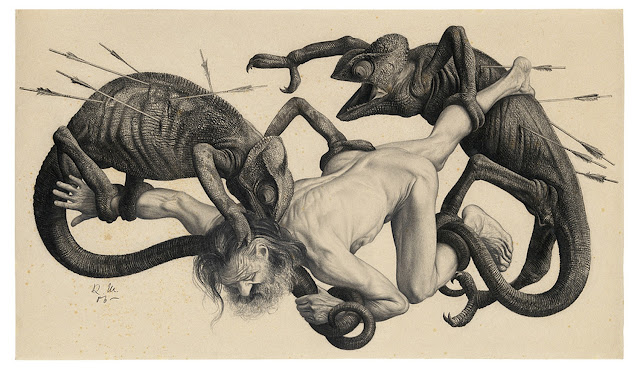 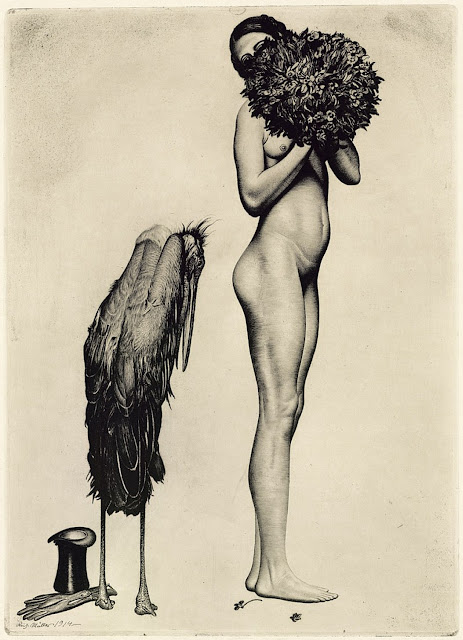 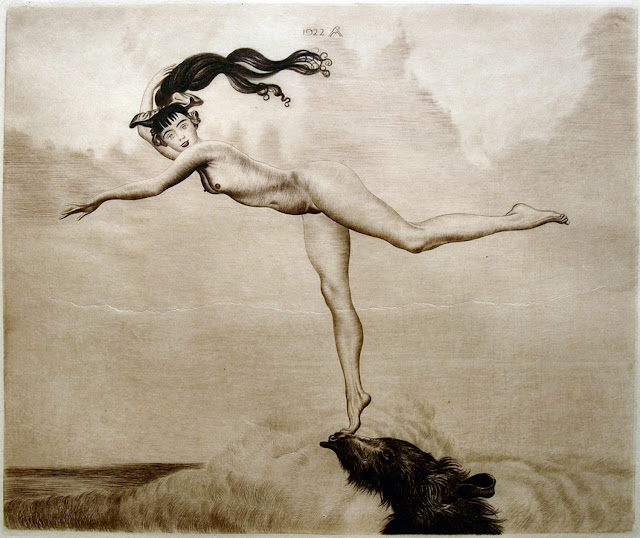 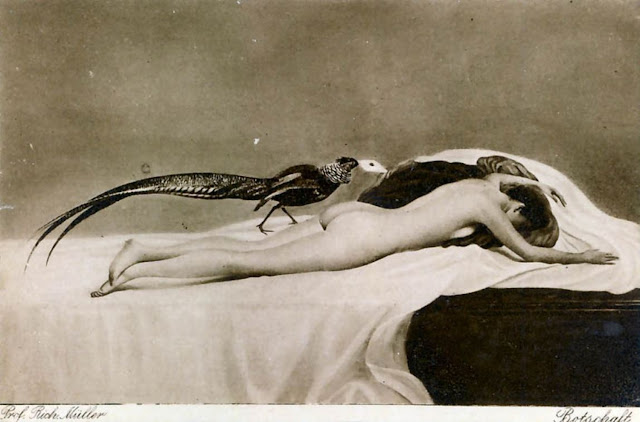 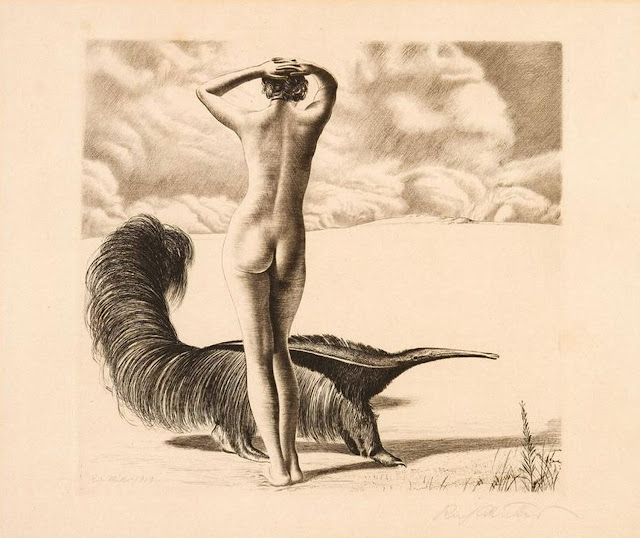 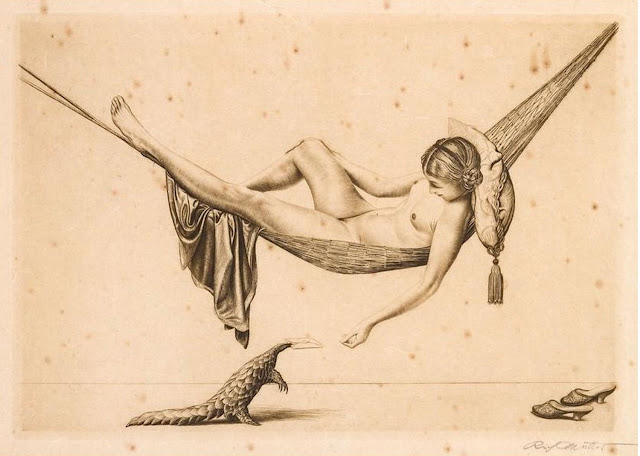 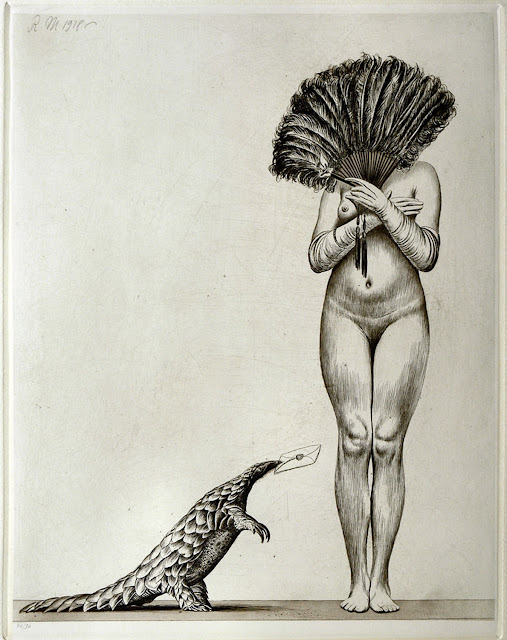 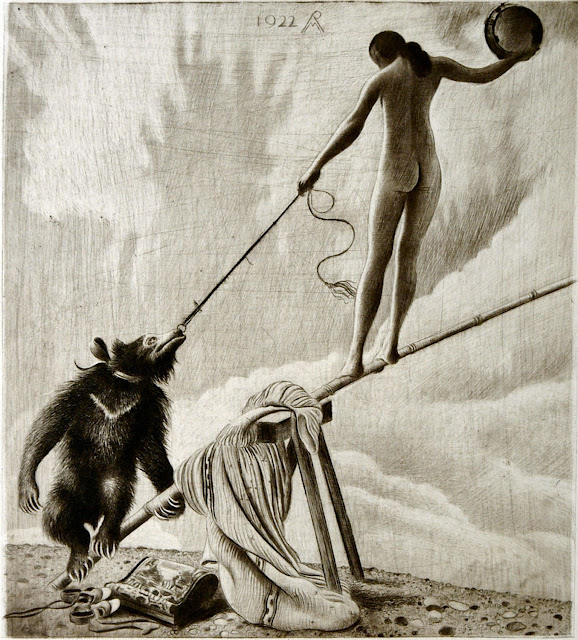 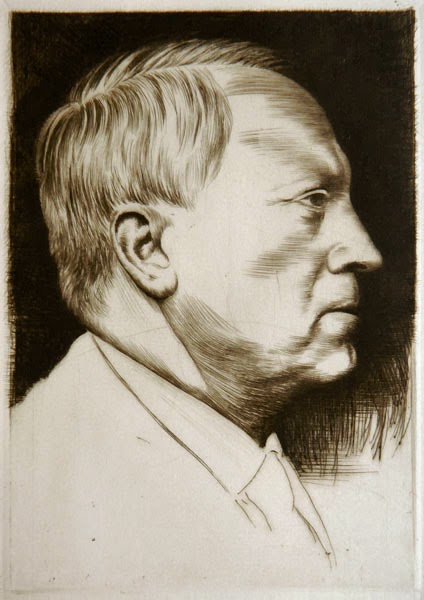 Richard Müller (1874-1954) was born in the Bohemian city of Tschirnitz (today Cernovice nad Ohra, Czech Republic) as the son of a weaver. His artistic talent was evident early on. In 1888, at the age of only 14, he was animated by a porcelain painter to enter the famous School of the Royal Saxon Porcelain Manufactory in Meissen, where he was immediately accepted. In 1890, Müller went on his own and without any financial support to Dresden. Here he was, although he had not yet reached the required age of entry, accepted at the Art Academy as one of the youngest students ever. In 1895 he met the graphic artist and sculptor Max Klinger, who inspired him to begin with etching.
In 1900, now in Dresden as well known as Klinger, Müller was appointed professor at the Academy His students included George Grosz and Otto Dix. In 1933, shortly after Hitler had seized power, he became president of the Dresden Academy and, in such capacity, confirmed the dismissal of his former student Otto Dix from his professorship. But also Müller lost his professorship two years later because of "subversive tendencies in his art".
Nevertheless, Müller remained in high esteem as a painter under the Nazi régime. He exhibited several times at the Great German Art Exhibition in Munich's Haus der Deutschen Kunst, in 1939 with a pencil drawing of Hitler's birthplace. In the final phase of the Second World War, he was included in the Gottbegnadeten Liste of the most important artists, saving him from any war effort, even on the home front. Müller died in 1954 at the age of 80 in Dresden.